It’s still October, and I’m spending this week talking about something just as awesome as villains: Harry Potter. Harry Potter, as many know, is a series of children’s books loved for its poignant themes, its imaginative world, and, of course, its memorable characters. Now, some of the choices on this list may be surprising, and others not so much. Also, keep in mind that there will be spoilers ahead, as many of these characters aren’t fully explored until the end of the story. With that said, here’s my top 12 list of Harry Potter characters. 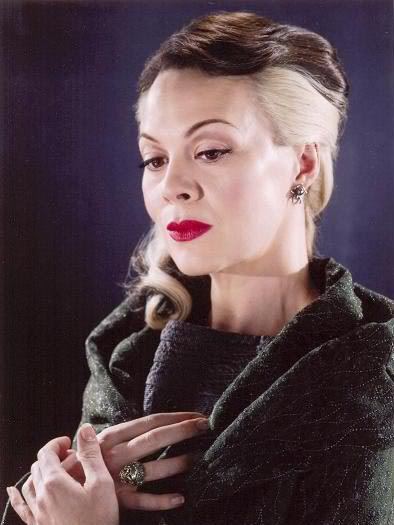 I realize that readers didn’t officially meet her until Half Blood Prince, and on top of that, we didn’t see her a lot. However, for being a pure blood and having a husband, sister, and son working for Voldemort (not to mention having a name derived from narcissism), Narcissa is a surprisingly decent person. When we meet her in Half Blood Prince, she’s concerned about her son’s safety as he takes on a dangerous mission for Voldemort. Though she understands how loyal her family is to Voldemort and his ‘pure-blood ideals,’ she doesn’t like the idea of losing her family to him. And there’s also the scene at the end of the series where Harry pretends to be dead, and Narcissa lies to Voldemort—putting herself at risk—so she can find her son and make sure he’s okay. Keep in mind, Voldemort is not an easy wizard to lie to. Not only can he read peoples’ minds, but he’s also not likely to forgive anyone for anything. So yes, Narcissa did take a big risk, and deserves a spot here for it.

Another character who surprised me by the end of the story. He starts out as a 1D bully with supposedly no redeemable qualities whatsoever. Had he remained that kind of character in the end, he wouldn’t be mentioned here. But as I read further into the series and reread some of the books, I couldn’t help but find Draco more identifiable. He’s used to being spoiled and admired, so when Harry comes along and becomes the most talked about person in school, it only makes him meaner and angrier. He was so consumed with jealousy that it was almost too easy for him to accept the mission Voldemort gave him in Half Blood Prince. But as the book progressed we realized that, as bad as Draco is, he’s not a killer. And when he has the chance to kill Dumbledore, unarmed and already close to death, he can’t bring himself to do it. He’s one of the few bullies who’s not completely evil, and that’s plenty enough for me.

Of all the members of the Order of the Phoenix, he probably gets the least amount of screen time and is also one of the most undeveloped characters in the books. So why is he on here? Well, when he does appear, he showcases how surprisingly cool he is. He’s like the Samuel L. Jackson of the Harry Potter world. Heck, in the films, he can take some of the stupidest lines and make them sound unbelievable. For example, in the books, one of the other characters says “you can’t deny, Dumbledore’s got style.” I’ve always felt like that statement was a gross understatement of Dumbledore’s awesomeness. But when Kingsley said it in the movie, I thought to myself “YES! Dumbledore is awesome and don’t you forget it!”

Kingsley Shacklebolt, one of the most underrated characters in Harry Potter.

On the surface, she seems strict and not easily impressed. But once you get on her good side, you see someone who’s smart (then again, she’s a teacher, so she’d have to be), compassionate, cares a lot about Quidditch, and loves seeing people acting on courage. She might seem like the kind of person who would punish Fred and George Weasley for their pranks, but in the fifth book, she just stands by and watches as the twins torture Umbridge with a satisfied smile on her face. She’s also loyal to the people she cares about, rushing out to stand with Hagrid and taking four stunning spells to the chest. And that is no small feat. 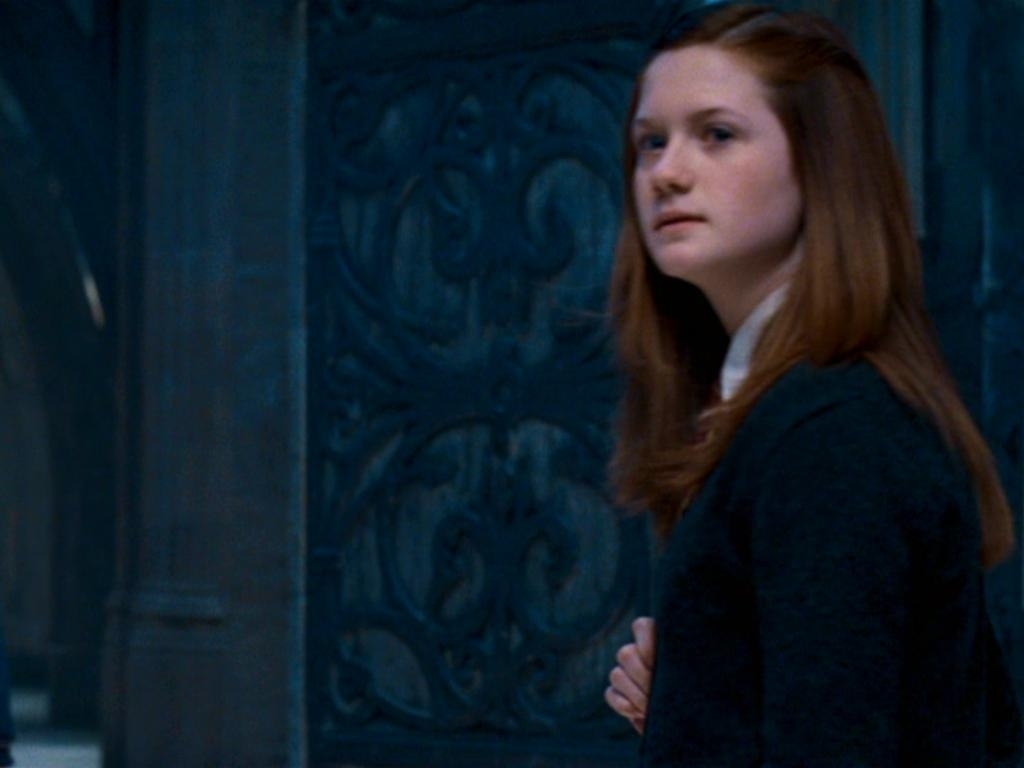 When I was growing up and reading the books, Ginny was the one I looked up to the most, particularly in the last three books. She’s stubborn, quick as a whip, tough as nails, free-spirited, and down to earth. She shows kindness, but only to the people she deems deserving of it. Everyone else falls victim to her Bat Bogey Hexes. Even her older brothers respect how powerful she can be when you push one of her buttons.

The amazing thing is, she didn’t start out this way. When we meet her in Chamber of Secrets, she’s shy, vulnerable, and overshadowed by the presence of six older brothers who care about her a lot, but didn’t always let her play with them growing up. After being possessed by a cursed diary, she grew into a powerful and confident young woman. She’s also one of the few characters who can talk to Harry when he’s angry, telling him what he needs to hear rather than what he wants to hear.

Hands down, everyone’s favorite pair of twins. They’re hilarious, brilliant, and daring. They also have some of the best lines in the books, and I love reading some of their dialogue out loud because I always imagine them dramatizing and exaggerating everything they say. And while the movies couldn’t exploit everything Fred and George did in the books, they still captured the twins’ personality perfectly. 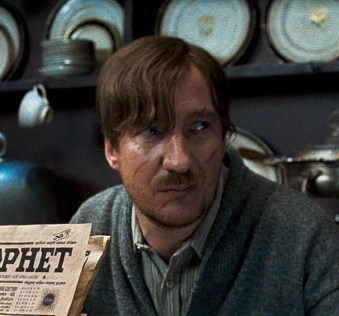 If Remus Lupin doesn’t show that teachers are awesome, I don’t know what will. Everyone remembers his first lesson in Prisoner of Azkaban, and his popularity only continued to grow from there. Of his group of prankster friends, he was the voice of reason and responsibility. On another side, Lupin’s backstory showcases the downsides of bigotry…not that there are any upsides worth considering, but I digress. He hasn’t had a lot of chances to prove himself a good man, mostly because everyone is afraid of the fact that he’s a werewolf. I also like how they designed the werewolf in the movie, a bit of a monster, but also sad because of it. 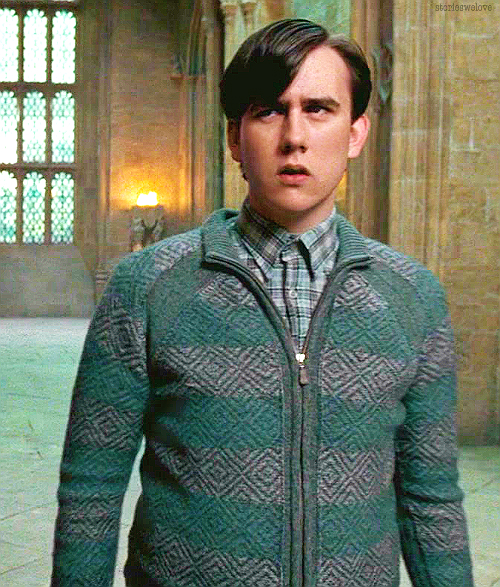 Neville has to be one of the most developed and 3D characters in Harry Potter. I love how we got to see him grow up and mature from a shy, emotionally wounded, insecure boy into a war general. Before he got to Hogwarts, his family didn’t know if he would have enough magic in him to qualify as a wizard. But his growth into a hero started with having Professor Lupin as a teacher, continuing with lessons from Harry, and ending with his taking charge of Dumbledore’s Army, standing up to Voldemort, and destroying a Horcrux. And the guy who played Neville was treated so nicely by adolescence that Harry Potter practically coined the term “he Neville Longbottomed.” 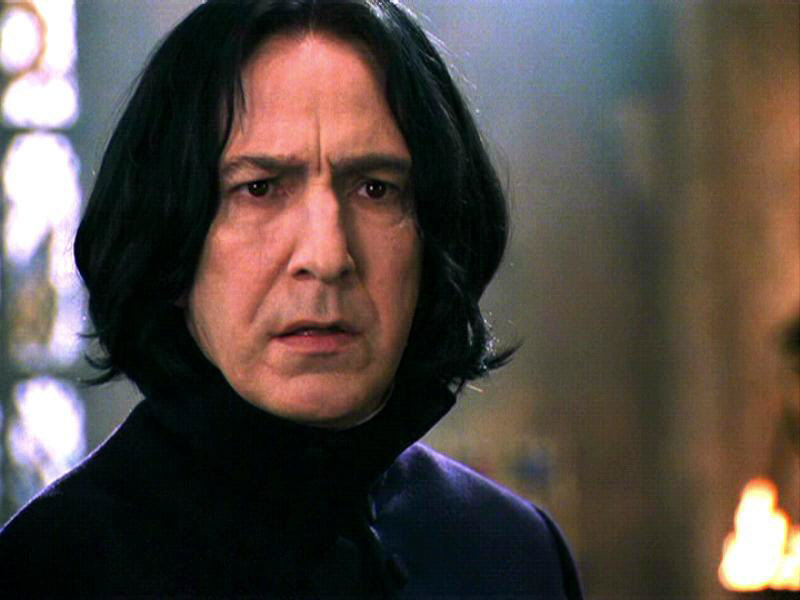 Here’s another character who wasn’t fully explored until Deathly Hallows. We’d heard a little about him in the first six books, like how he was into the Dark Arts as a kid, he was bullied by James Potter and Sirius Black, and he’s always been skilled at Potions and defensive/offensive spells, going so far as to create some of his own as a student. But I think everyone was taken aback when Rowling revealed exactly why he worked for the Order and why he was sorry about Harry’s parents, despite the fact that he hated James so much. When I first read that he was in love with Lily, I rolled my eyes and thought “oh, wow. Once the movie comes out, there’s no way they’re going to pull this off.” Thankfully, Alan Rickman proved me wrong. He performed that scene so well he eventually became one of my favorite actors and turned Snape into one of my favorite characters. 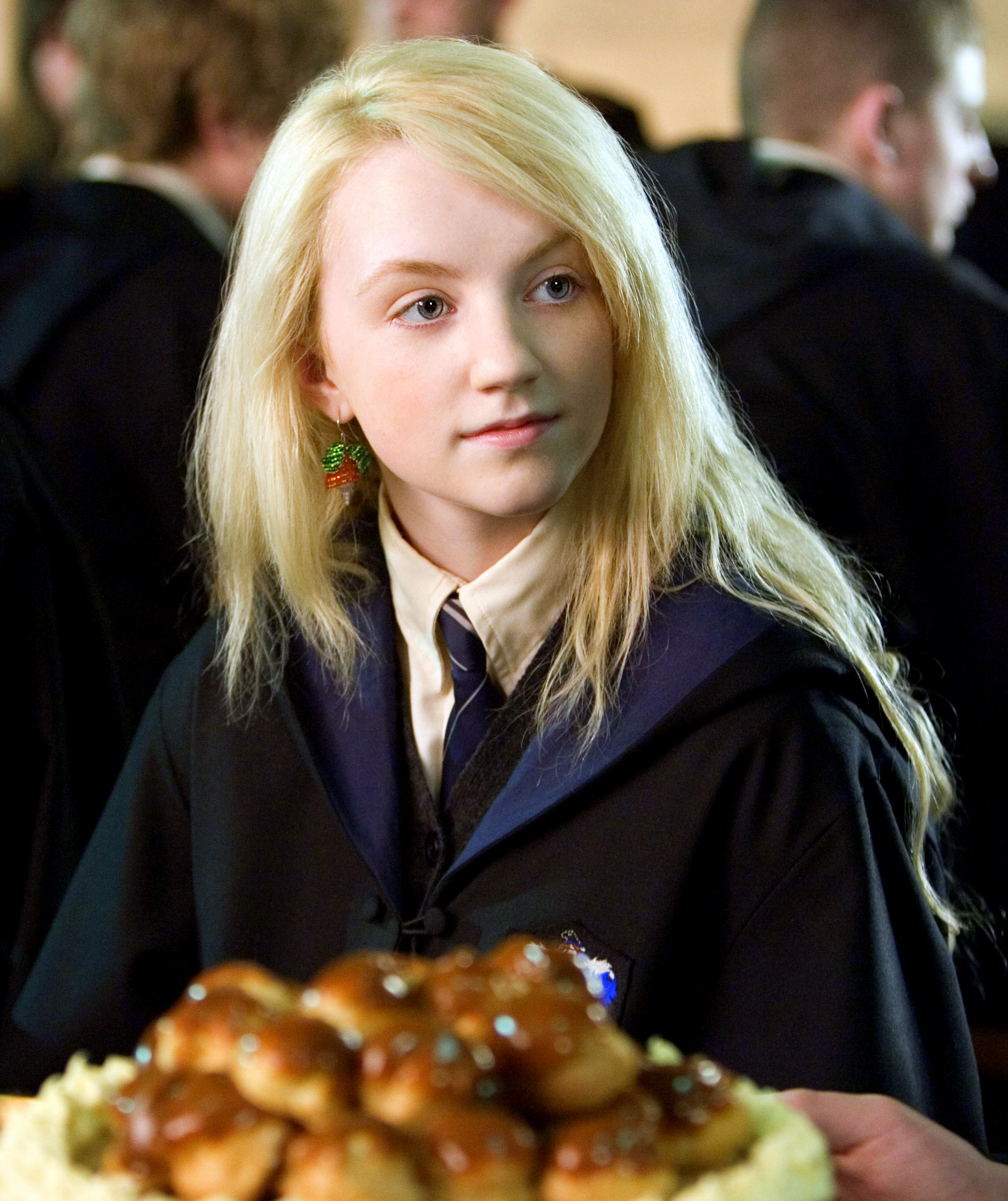 Thanks to the 1971 adaptation of Roald Dahl’s Charlie and the Chocolate Factory, I’m a firm believer in the phrase “a little nonsense now and then is relished by the wisest men.” And if you want proof of that, look no further than Luna Lovegood. She’s one of the few people who truly don’t care what anyone else thinks. Her opinions aren’t always popular, but she sticks to them no matter what. She never compromises on anything, and that’s a great message for kids and teenagers. Certainly not perfect, but still a remarkable character. He’s one of the wisest and most powerful wizards that we meet in the series. Like Luna, he can be a little bizarre, and we can’t help but love that about him. He’s also empathetic, mysterious, and the sort of person you wouldn’t want to anger. His first concern is his students, and that’s what makes him a good headmaster. He’s such a supporter of equality and the power of love, and he holds those ideals very close to his heart.

For someone who didn’t know about magic until receiving her letter, she was the most talented witch in her year. She’s nearly always two steps ahead of everyone, even wizards twice her age. Being someone with a supposedly inferior blood status, she’s also one of the first to sympathize with those that others would just look down on. No one shares her opinions on the way house elves are treated, but she does everything she can to ensure better lifestyles for them. Even after the series ended, she made a lot of accomplishments, including translating The Tales of Beedle the Bard, continued working to promote dignity and equality for non-human creatures, and helped terminate pro-pureblood laws. She was cool as a teenager, and she continues to be cool in the world of Harry Potter, earning her the number one spot on this list.

And that’s my take on the top Harry Potter characters. I hope you enjoyed it, and if you have different opinions on who is the best and why, please comment and share what you think. Until next time, this is Leah G. Alfonso saying “So long.”