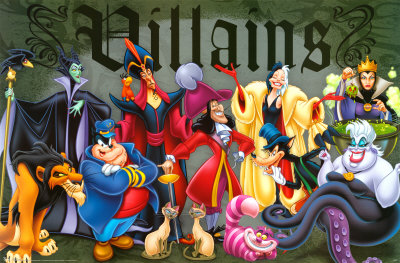 With Halloween right around the corner, I thought it’d be appropriate to discuss something truly terrifying in our favorite stories: the villains. They add drama, they do all the dastardly things we wouldn’t dream of doing, and some of them don’t even care. But have you ever wondered what makes a villain memorable? Some villains knock it out of the park in terms of their awesomeness, while others immediately strike out. What are the make-it-or-break-it qualifications that determine your villainy? Well, let’s take a look at some of our greatest villains and find out.

Let’s face it, people. It’s not the plan itself that makes a villain powerful; it’s the way they carry it out. Scar wanted to be king, so he got it by killing his own brother and making it look like an accident. Maleficent wanted revenge, so she put a curse on the king’s daughter and made them wait sixteen years for it to take effect. Judge Frollo wanted a gypsy woman, so he burned down Paris in his search. Syndrome wanted to be a hero, so he killed off all the other superheroes that would get in his way. In many respects, the distance you’re willing to go to get what you want determines the kind of person you are. And in cinema and literature, it’s no exception.

Some villains don’t have sidekicks, but a few others do. And many times, the sidekicks take up all the silliness and make their bosses look darker and more evil (or they could be the dark, evil ones while their bosses look like the buffoons). On one hand, some villains don’t have them simply because they don’t need them. But on the other hand, how different would Gaston be if he didn’t have Lefou? How sane would Captain Hook be if he didn’t have Mr. Smee? And let’s be honest: would television remember the Brain if he didn’t have Pinky?

Villains have a variety of personalities. They can be quiet and classy, or they could be loud and insane. They also have various evil laughs (for example, compare the Wicked Witch of the West’s laugh to that of Maleficent’s). And in one way or another, the best villains are the ones that stand out. Remember how shocked everyone was by Heath Ledger’s bone-chilling performance as the Joker in The Dark Knight?  Remember how easily the Candy King made himself look concerned and sympathetic in Wreck-it Ralph? There’s many more that we can’t help but love because of their uniqueness.

Usually, what makes a villain complex is that their logic differs from the heroes’. Sometimes, they come to conclusions that we wouldn’t dare think about. And at other times, their excuses for their evil deeds are similar to the ones we might use to convince ourselves that we’re doing the right thing. Judge Frollo, for example, justified his arrogance and prejudice by calling himself a man of God. And then there are those villains who become more evil as the story progresses. Gaston was a jerk in the beginning of Beauty and the Beast, but he wasn’t necessarily the bad guy until he decided he would do anything to get what he wanted. Elphaba was the protagonist in Wicked, but eventually came to the conclusion that she might as well be evil if that’s the way everyone sees her. 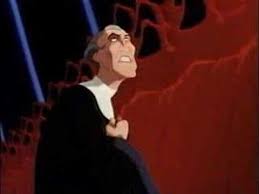 In musicals, the villain songs can be some of the best. They illustrate the villain’s personality, as well as their thoughts and feelings about what they’re doing, or what they’re about to do. They can be bouncy and fun, or they can be spine-tingling and intense. In the case of “Pretty Women” in Sweeney Todd, the song is ironically soothing and calm while the vengeful barber builds up to the moment when he can murder the corrupt judge. Other fine examples are songs like “Be Prepared” from The Lion King, “Cell Block Tango” from Chicago, and of course, “Hellfire” from Hunchback of Notre Dame.

And that’s all I’ve got about what makes great villainy. Stay tuned for next week, when I take a look at some of our underrated villains. Until then, this is Leah G. Alfonso saying “October has just begun!”

Theodora vs. Elphaba: The Wicked Witches of the West